Home Blog Gambling Business in Ukraine: the Industry of Gambling 2021-2022

Gambling Business in Ukraine: the Industry of Gambling 2021-2022

The gambling business in Ukraine is passing through a sea change related to the legalisation of the gaming industry. The corresponding law will enter into force on January 1, 2020, and many investors are ready to pour cash into this promising industry. 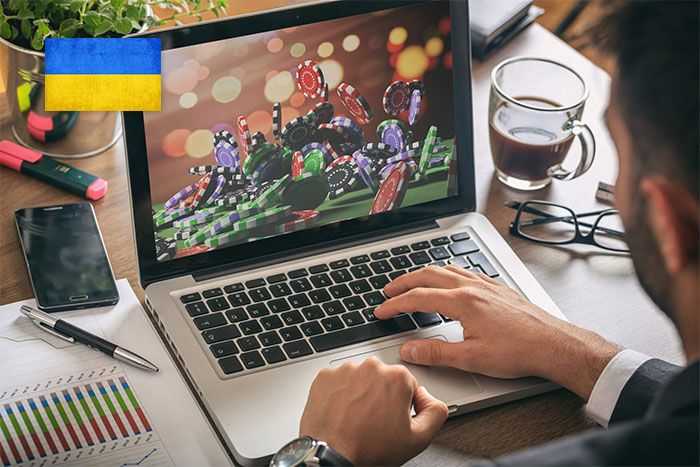 History of Gambling in Ukraine

The gambling industry in Ukraine appeared immediately after the country has gained independence. The first legal casino was launched in the autumn of 1991 at the respectable metropolitan hotel Kievskaya Rus. Until the end of the decade, land-based gambling establishments worked in all major cities of Ukraine.

The law on gambling business was passed just at the moment when entrepreneurs began to make the first big profit from gambling. The government decided that, like any other promising business, gambling should be subject to tax:

Until 2009, gambling in Ukraine brought a good profit to operators and was an attractive investment. Everything changed in June 2009 with the enactment of the famous Act No. 4268. According to this document, gambling in the country was strictly prohibited. 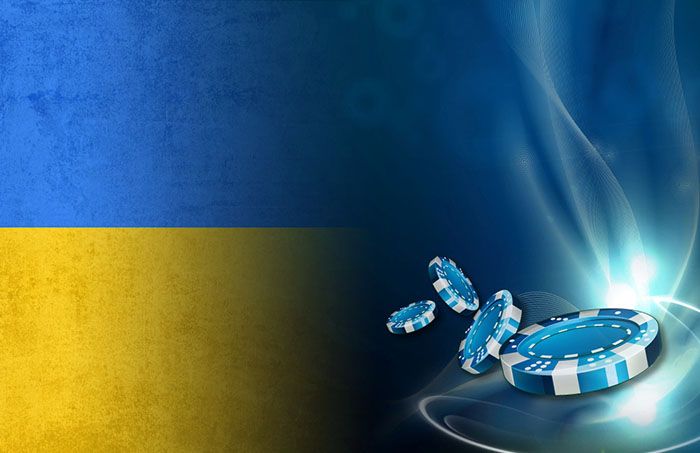 Over time, easing of some requirements was introduced for participants in the gambling industry, allowing them to have sports betting business and sell lottery tickets. The Ukrainian National Lottery company (UNL), which later became a monopolist, has immediately got the laurels of the state lottery operator.

On the other hand, all these years, online business has been actively developing, as a rule, by obtaining licenses in international tax jurisdictions. The use of foreign resources provided players with seamless access to betting, poker, and online slots.

In September 2015, the first gambling congress in the history of the country ― Ukrainian Gaming Congress ― came off. 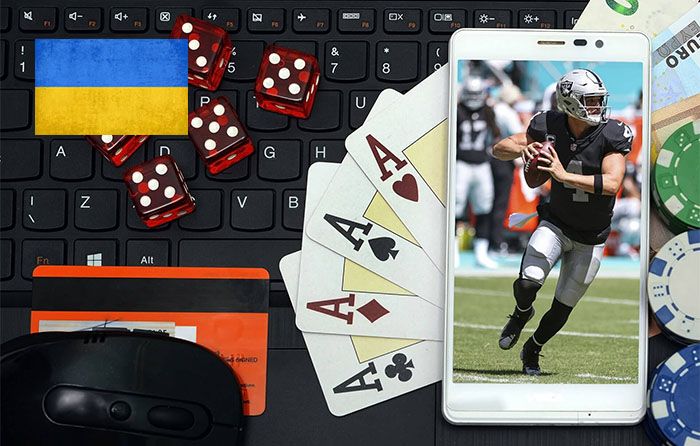 A fraught debate, the subject of which was the prospects of the gambling business in Kyiv and Ukraine in general, began after the formation of the new government in August 2019. The Cabinet of Ministers called the reorganisation of the gambling sector one of the priority tasks for the coming year.

The draft bill №2285 appeared within the walls of parliament on October 17 and drawn a response among potential market participants. Prime Minister Aleksey Goncharuk, for example, called the document a promising one. According to his forecasts, the launch of the gambling industry will help the government to generate more than 2 billion hryvnias annually.

The Draft Bill №2285 in Numbers

According to experts, the gambling industry will be changed significantly, which will attract large international investments in gambling projects as evidenced by the planned figures published by the leading analytical titles.

Forecasts for the Ukrainian Gambling Market of 2020―2021:

Thus, tax revenue will bring to the treasury about 1.4 billion hryvnias. The same amount of money will be earned by the government from licensing. The cost of licenses is not yet known, and it is planned to be determined at electronic bidding.

The accumulation of funds is also possible thanks to the development of infrastructure and entertainment projects. For example, all land-based casinos are going to be placed in luxurious hotels. A premium is placed on multinational corporations that will build new comfortable hotels and recreation centres.

Betting on events from the world of sports, politics, and the arts remains a popular form of entertainment among locals. Many experienced betters manage to make good money by predicting the outcome of top matches and tournaments.

Currently, there are foreign offices operating in the country’s territory, the activity of which is regulated by the conditions of international jurisdictions. Beginning in 2020, it will be possible to obtain a Ukrainian license and work legally.

Bookmaker as a Business 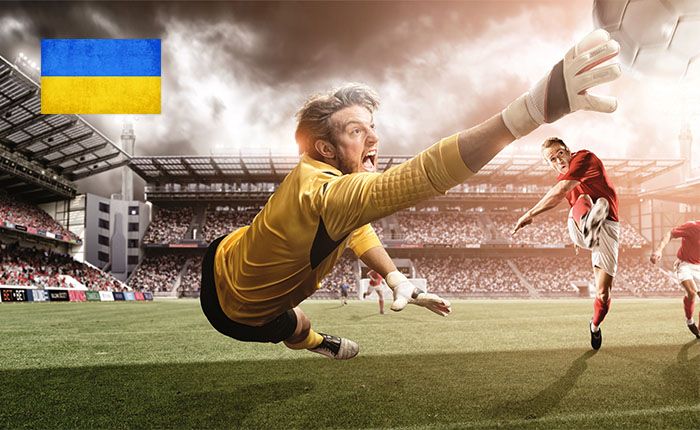 The government is planning to issue 80 permits, while the total number of land-based betting shops should not exceed 800, and online bookmakers will receive only 10 licenses. A small number of permits for the Internet segment will reduce competition and help the selected licensees at the initial stage of launching their own business.

The main emphasis is laid on gambling in Odessa, Lviv, Dnipro, and Kharkiv: each city will receive 16 licenses. The capital limit will be twice as much (32 documents will be issued).

A registered betting company will need to provide a bank guarantee in the amount of 30 million hryvnias. For each slot machine, it will be necessary to pay 25.5 thousand hryvnias more.

Despite the slightly inflated requirements for a financial guarantee, experts expect a flash-like revival of the market already in the first months after the entry of the new law into force. The main concerns are related to the limited number of licenses but the government promised to reconsider this parameter as soon as possible.

Today, there are three operators who have exclusive rights to sell lottery tickets:

After the entry of new legislative acts into force, only one market entity will remain, which will become a monopolist.

The single operator will be determined by the results of an electronic auction, which is scheduled for the end of December of this year. Any of the existing national or international companies can become a bidder. Exceptions are Russian operators and offshore enterprises.

The draft bill provides for several types of lotteries: draw-based, instant, and with combined winnings. Each of them has a bank guarantee of 470 million hryvnias. At the same time, anyone can distribute tickets: it will be enough just to obtain an operator’s certificate.

The gambling industry in Ukraine is expected to undergo large-scale changes, the aim of which is to improve the investment climate in the country and remove the illegal business from the shadows. Innovations will affect all spheres of gambling ― from land-based casinos to small projects on the Web.

Drastic changes will be an excellent platform for launching your own gambling portal. For operators, it is important not to waste time and be the first to offer profitable solutions to a local player.

The gambling sector of Ukraine is one of the most promising in Eastern Europe, and locals are hoping for the best offers from top operators and bookmakers.

Win Win Casino will help you to launch a modern and profitable gambling project. We have vast experience of working within the European legal framework, and we are well-versed in the Ukrainian regulatory environment. You will get a well-thought-out platform and stable online traffic. The revenue from this casino will definitely be high.

Today, cooperation with Win Win Casino is the key to the success of your business in the future.

Do you have any questions? Contact an expert:
manager@win-win-casino.com
manager@win-win-casino.com
Copy
Attention!
It is important to enter the specified email manager@win-win-casino.com to avoid fraud!
Copied!
ww_connect
ww_connect
Copy
Open in application
Attention!
It is important to enter the specified skype ww_connect to avoid fraud!
Copied!
Feedback form
Related articles:
Gambling Business in Ukraine: How Casinos Help the Country's Economy
Read More
Casino Affiliate Program: Learn about Effective Promo
Read More
How to Provide a Fair Game in 2022: the Example of Win Win Casino
Read More
How to Open an Online Casino in 2022: a Review of the iGaming Market
Read More
Bitcoin Casino: Starting a Profitable Gambling Business
Read More
Risk Management in Gaming: Learn about Means of Control
Read More
Download a demo of Win&Win Casino system The first 10 days are free
Subscribe to the newsletter:
And get the latest information about the gambling business and our beneficial offers.

Thank you!
You have subscribed to the newsletter with the latest information about the gambling business and our beneficial offers.
Connect
DEMO Demo
Configurator
Share
Create a unique gaming website
Absolutely free! Assemble a casino